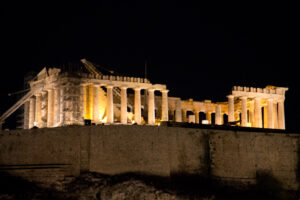 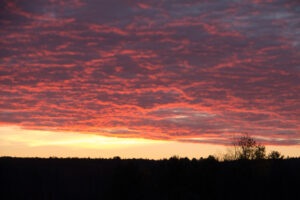 But, I don’t get how there are so many people who think Socialism would be a good thing.

This is for all those good folks who believe that socialism is a fine system.
I entered “socialism definition” in Google search, and this is what I found.

so·cial·ism
/ˈsōSHəˌlizəm/
noun
noun: socialism
a political and economic theory of social organization which advocates that the means of production, distribution, and exchange should be owned or regulated by the community as a whole.
◦ (in Marxist theory) a transitional social state between the overthrow of capitalism and the realization of Communism.

That sounds reasonable but what is “the community as a whole”?

In practice it is the government.

So if you want Socialism, you are asking for a system where the ruling class (AKA the government, or more specifically, the “party” in power) controls everything. Where and when you work. How much you make. What goods or services are available. What housing is available. Pretty much everything.

Note also the bullet point that says it is “a transitional social state between the overthrow of capitalism and realization of Communism.” That means that Socialism is intended to become Communism. Do you really think that it’s a good idea to overthrow capitalism? Human nature dictates that real Communism can’t work, because it depends on everyone always doing the right thing. How much chance do you think there is of making that work on any group larger that a few hundred? What passes for Communism in the world today is really a twisted Socialism. Remember the USSR (Union of Soviet SOCIALIST Republics)? Socialism didn’t really work well for them did it? It kind of reminds me of Feudalism. The royalty (AKA the ruling class) controls everything and the common people work at the pleasure of the royalty. What incentive is there for people to better themselves if we eliminate meritocracy and capitalism.

Did you know that Hitler thought he was chosen by God to unify the world? He actually believed that he was the savior, and he convinced enough of the German people of that, that the Nazi party made him leader. Maybe you remember that one of the first things the Nazis did after taking power was to socialize businesses. They took what they wanted from anyone and everyone. We all know about the way the Nazis treated the Jews, but it wasn’t just the Jews that they took from. Generations of family businesses were confiscated and controlled (or liquidated) by the German Government under Socialism. Of course they silenced any opposition. People who disagreed with them were sent to work camps to build Hitler’s war machine.

I’m sure there is more we can do to help the poor, but if history teaches us anything about Socialism and Communism, it’s that the people in charge become amazingly powerful and rich, while the poor remain poor. Those in the middle lose the freedom to map their own lives.

The United States was founded and has become the greatest country on the planet, based on capitalism and free enterprise. You think we’re so broken that we should throw that away and try socialism.

The US gives something like 50 Billion dollars to other countries in aid. The American people are some of the most generous there are. Our non-profit organizations, although not part of the government, (or maybe because they’re not part of the government?) do a lot of great work for suffering people. I’m not saying that there aren’t misguided people taking advantage of the poor in the US. That kind of thing is sadly unavoidable, I’m afraid, but Socialism is more likely to make it worse than to fix it. Do you believe that government run programs are more efficient? Big government has the advantage of scale, but loses its ability to be flexible and to accommodate diverse needs. Big government has, I believe, more opportunity for graft and corruption than privately run charitable organizations.

On a global scale, how many countries can you name that have been as helpful to their enemies as the US? What other nation has, after winning a war, helped the vanquished to rebuild and to setup a government where they can rule themselves? Do you think the US is selfish and doesn’t have heart?

What we need isn’t a change in government philosophy. Our system would improve if we could get rid of the politicians who only care about themselves and their party and instead, elect states-persons who truly care about the country.

The rule of law is less biased than the rule of hypocrites. We need to keep (make?) the judiciary non-partisan in order to maintain the rule of law. Let’s not throw the baby out with the bath water.